Campaign Furniture – The Origins and History

In Europe, most of the surviving pieces are from Napoleon’s campaigns in the 19th century. However, it is most commonly associated with the rise and expansion of the British Empire, which saw an increasing demand for portable furniture.

Famous furniture makers such as Chippendale, Sheraton and Gillows offered specialist campaign living pieces and by end of the 18th-century famous makers such as Thomas Butler and Morgan & Sanders, dedicated to producing campaign furniture, took up this lucrative opportunity.

The most common item of campaign furniture was the chest of drawers, often referred to as a military chest or campaign chest. Campaign chests’ primary wood was mahogany or teak.  Brass corners and straps offered protection while being carried on pack animals or in wagons and typify the distinctive “campaign look”. 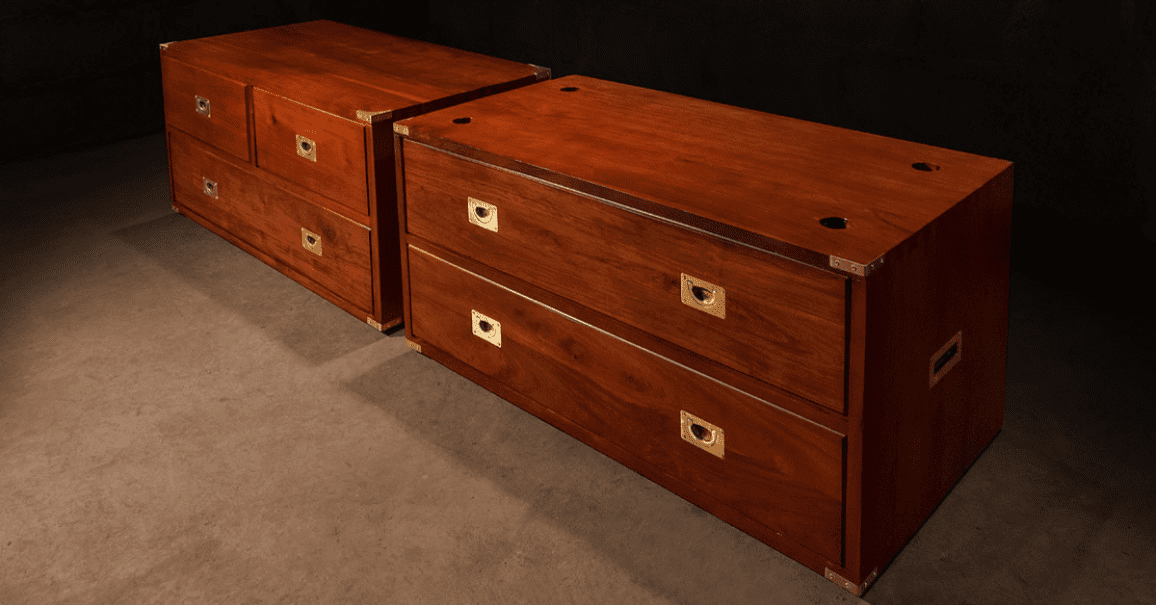 Probably the most famous campaign chair was the Roorkee chair. It was first built in the village of Roorkhee, in the foothills of the Himalayas. During the Boer War in South Africa many British Officers carried it on campaign, so campaign furniture is now used in upmarket safari camps and lodges throughout Africa.

Campaign furniture was a craze amongst the rich and famous going on an African safari.  Safari is a Swahili term meaning a journey or expedition. People who embarked on African safaris expected the very best comfort. Their Safari outfitter could provide it using the British Army furniture.  The tradition of using campaign furniture in safari camps and lodges across Africa continues to this day and is often referred to by decorators as campaign living.